"Dirty, underground, futuristic, mechanised mayhem"
— From the back of the Arenas of Destruction box

Created by Climax Group and published by BBC Multimedia, it was released for the PC and PlayStation 2 on November 22, 2001 in the UK. In this game, players fight several tournaments across eight different arenas, while earning credits to build their own robots.

The PC version of the game was also distributed in the United States, published by Vivendi Universal Games and released on October 22, 2002, with Stefan Frank replacing Jonathan Pearce as the commentator. There was also a Dutch version of the game released by Uitgeverij Memphis Belle, which was also quite similar to the UK and US releases, however the language on the menus was in Dutch, and the commentator's voice was replaced by that of Rob Kamphues.

The PC version was also distributed in Japan by Natsume. The game itself was the original English version but the manual was translated into Japanese. Roadshow Interactive distributed the UK PlayStation 2 version in Australia.

The game has eight arenas, each containing pits, CPZs, flame jets, and hazards unique to the arena's setting, e.g. unexploded mines in Siberian Military Base, a molten steel vat in New York Steelworks. The arenas are listed as follows:

The Scrapyard is accessed in the robot creation/editing screen, the option straight under Shop. It is the only place to buy items at a reduced price, which makes Titanium affordable and make a robot with said Titanium able to compete in the Sao Paulo Scrapyard competitions. It is the only way of getting Aluminium step-plate and Salvaged Steel. Items bought in the Scrapyard can be sold back at full, effectively providing a way to create infinite money.

You must enter your robots in Championship mode in order to gain credits. In the later tournaments, you need to pay an entry fee in order to take part. There are three tournaments in each of the arenas, with different entry requirements for each event. These requirements usually involve entering a robot of a certain weight, fitted with a certain type of weapon, or within a certain cost.

Besides Championship mode, there are numerous other options depending on what type of battle you want. There is Freeplay mode, where you can battle against up to five CPUs, the CPUs are chosen at random. There are five different types of Freeplay battle. These are:

Freeplay mode is both a single and multiplayer mode. You can also choose to not have the House Robots in the arena.

The second mode of play is Vengeance. This can be single or multiplayer. In Vengeance mode, you can only go up against a robot that is in your possession, i.e. a robot you have made or bought. Unlike Freeplay mode, you must have the House Robots in the arena.

The third mode of play is Training Ground. This is where you can practise your skills against three challenges. These challenges are:

Unused Jonathan Pearce audio clips from the PlayStation 2 version of the game reveal that commentary lines were written about Gauntlet, Pinball and Tag Team Terror game modes, inspired by the real life side tournaments. However it is currently unknown why these were not a part of the final game, or how far through development any mode was before being scrapped.

There are many playable robots that must be bought in order to use them. Robots are separated into weight categories which are, lightweight, middleweight, heavyweight and super heavyweight. Robots that participated in reality are very expensive and are classed as super heavyweights. The only exception to this is Chaos 2 which is classed as a heavyweight. The following robots are the "real-life" competitor robots:

In addition to these competitors, there is a robot called Thor, the winning entry from a contest in the original Robot Wars Magazine that was held to design a robot for Arenas of Destruction. Thor is treated as though it were a real-life competitor; it must be unlocked by winning a certain event, and it uses its own unique components. It has no relation to the Thor that did appear in Robot Wars.

Although the setting for this game is around Series 4 of Robot Wars, Refbot does not appear, but Dead Metal, Shunt, Sir Killalot, Matilda and Sergeant Bash do.

There are two voices in this game, the commentator and the Robot Builder Advisor. Jonathan Pearce is the commentator in the UK version, Stefan Frank in the US version and Rob Kamphues in the Dutch version. Interestingly, Frank's commentary is word-for-word exactly the same as Pearce's (except for the pronunciation of the letter "Z") and Kamphues' commentary is a direct translation into Dutch. Beatie Edney voices the Robot Builder Adviser in both English language versions.

One patch (1.2) was released on December 14, 2001 for the PC version of the game that addressed several issues that were in the initial release:

Patched versions of the game have the text "v1.2" in the bottom left-hand corner of the log-in and main menu screens.

Japanese PC cover
Add a photo to this gallery

The disc, box and instruction manual for the PlayStation 2 version

Artwork of Matilda in the installation program

Artwork of Shunt in the installation program

Artwork of Sergeant Bash in the installation program

Artwork of Dead Metal in the installation program

Various robots, weapons, accessories and even game modes were scrapped between early prototypes of Robot Wars: Arenas of Destruction for currently unknown reasons.[1]

"This is Trouble Shooter - a robot that has no fear. It'll hurt, cause pain, and generally sends other robots insane!"
— Unused introduction from Jonathan Pearce for Trouble Shooter

"He's a mean, lean, fighting machine! Dance like a butterfly, sting like a bee - it's Robot Ali!"
— Introduction for another scrapped competitor called Robot Ali

"It's time to get all giddy on the Robot Wars Pinball table!"
— Jonathan Pearce introduces the Pinball game mode

"Let's see how our robots do against the House Robots, as they run The Gauntlet!"
— Further unused commentary introducing The Gauntlet

"That's one mean-looking teddy! See if you can show him who's boss!"
— Unused introduction for the scrapped 'teddy bear' challenge 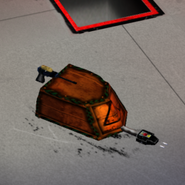 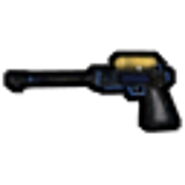 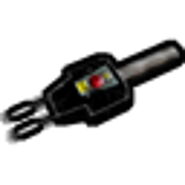 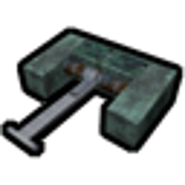 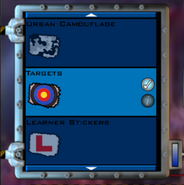 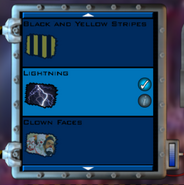 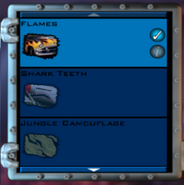 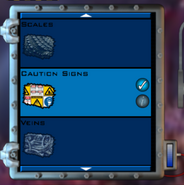 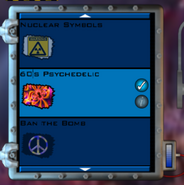 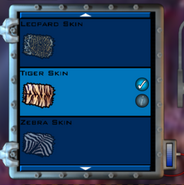 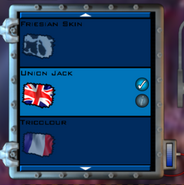 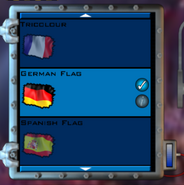 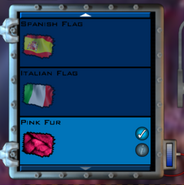 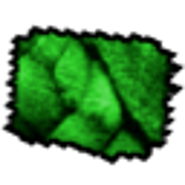 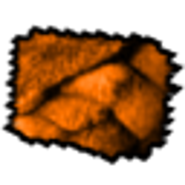 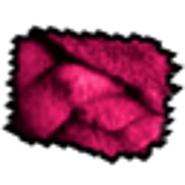 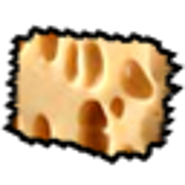 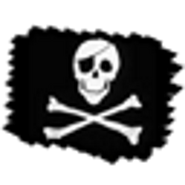 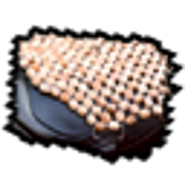 Retrieved from "https://robotwars.fandom.com/wiki/Robot_Wars:_Arenas_of_Destruction?oldid=362183"
Community content is available under CC-BY-SA unless otherwise noted.