Robot Wars: World Series (also referred to as the Robot Wars International Specials) was a series of two special episodes aired on BBC Two as part of Robot Wars: Series 10. The first episode aired on December 31st, 2017[1], and the second on January 7th, 2018[2]. Both episodes were international specials, featuring eight robots from the United Kingdom including the reigning British champion Eruption, and eight representatives of other countries.

In each episode, six battles were fought - the first two being a tag-team battle and the remaining four being head-to-heads. The winner(s) of each battle were given points; three for a knockout and two on a judges' decision. The final head-to-head was between the two captains, whereby five and four points were allocated for a knockout or judges' decision win respectively.

Some competitors, such as Portugal's Team REC and the American Team Toad, arrived without a robot of their own, and thus were required to rename and modify a loanerbot to participate with.

It is known that Team MAD selected many of the UK representatives just after qualifying for the main series[3].

Carbide was also selected to compete as the captain of Team UK within the second episode, but Team Carbide voluntarily handed their title over to Eruption after their battle during the Grand Final in the UK championship[4]. Push to Exit was invited to compete, but Shane Swan declined after being disappointed with his performance in the main competition. Nuts 2 was also due to appear in the second episode, but was replaced by an unknown representative due to damage sustained by Carbide.[5]

The first episode aired on New Year's Eve of 2017.

The second episode aired on January 7th of 2018.

NOTE: Team UK forfeited the three points to Cathadh and Terror Turtle due to a rule break in the tag team battle 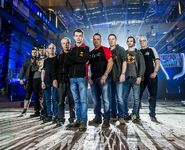 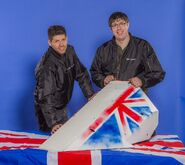 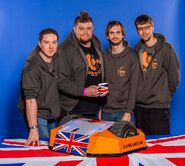 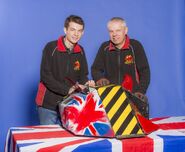 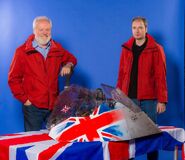 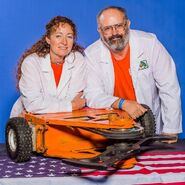 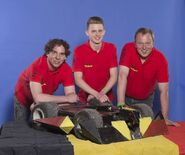 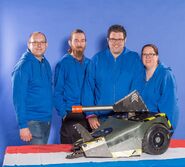 THE BASH (The Netherlands) 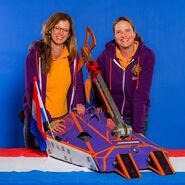 "We filmed a lot of special shots with the team and some interviews. Funny trivia: The word “Brexit” was forbidden. We made a lot of jokes about it and during one of these recordings a producer got mad and said: "Pretend we live in a universe where Brexit never happened!”"
— Jeroen van Lieverloo