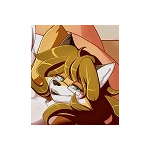 Hello and welcome to my Wiki profile Edit

I am the leader of team Kings Heath Colliders Robotics, Ethan Wall, a long time Wiki user and Roboteer, avid on those robots we never quite got to see on the TV Screen!

Yes I own Robots of my own, here they are:

She has now been retired with a 6-8 career record in main competition, also becoming the AWS 51 Tag-Team champion!

yet to be built but designed and with some parts already and know what im adding to it. Retired

My first robot and not exactly the best robot in existence but I guess he is ok but he will never compete because he isn't uk legal but will be used as a test bot for my other robots to fight with.

It was just a red D2 that I never competed with but signed up for the 2017 Beetleweight Euros. I eventually gave it to Matt from Team Riptide and he competed with it as both Royal Fail and Dab On The Haters, I got to drive it once as the latter. It was runner up in the 2018 Beetleweight Euros and went 2-1 at Loughborough Robot Riots

It was just Soundwave/Zodiac with some updated internals, internals which went into Barracuda last minute before Loughborough Robot Riots.

My second Beetleweight but first that wasn't a kit! Currently haven't competed with it yes as it's first and only event so far at Loughborough Robot Riot was a rocky start, being built in the two days before the event and wired during the main competition. It had technical difficulties with it's ESCs and just about everything else, meaning it had to pull out of a Grudge Match and a destruction demo

Sprat Bait got an upgrade, mainly more wedge, more steel! It recently went 1-2 in 2v2s and 2-2 in 1v1s at the Bristol Bot Builders Bodgebots XL and Ants Social

Elysium 1.4/The Safe Word Is Tap Out Edit

Your doom, coming soon! Based off of Team Riptide Matt's original Undercutter with a bigger weapon motor!

30lbs of tyre and drills!

Retrieved from "https://robotwars.fandom.com/wiki/User:Botomatic1000?oldid=302354"
Community content is available under CC-BY-SA unless otherwise noted.