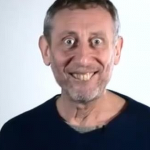 I'm an Animation Design Student currently in my first year at University, and am to my knowledge currently the only Lincolnshire denizen of the RA2 wiki, although these days I live in Leicester.

My interests include retro gaming, animation, metal (Particularly Iron Maiden and Rammstein), and Higher Education. I'm also a regular competitor on Advanced Robot Combat , or ARC for short- it's a site dedicated to Fantasy Robot Combat. I've designed quite a few machines under the team name of Ice Cubed Robotics, so check those out if you can.

Not much else to say really, other than that I'm probably the biggest fan of Cassius 2 on here, and I like to contribute to stuff on here wherever I can, be it edits, providing stuff, or competing in whatever's going in the Arena at the time.

Some of my Favourites, in no particular order Edit

My Least Favourite Robots (In some particular order) Edit

1. Tough as Nails Any literate user who knows me will most likely also know about my distaste for this robot. Better described as a giant pair of kitchen tongs on wheels than a robot, once you've seen one TAN battle, you've seen them all- grab, pit, rob fight of any potential for entertainment. No variation whatsoever, and it didn't help that it did no damage whatever, only gently gripping opponents. Yawn.

Yet somehow, it resulted in a slew of undeserved wins. I'll be honest- one of the worst things about was how it ended up swindling places from far more deserving robots in the process. I mean, we could've had Disc-O-Inferno, Panic Attack and Robochicken- all of which are far more interesting and entertaining designs worthy of qualifying. But no. And then there was Gravity- I'd have much rather seen it represent Holland in the World Championship. Again, "LOLNO, PIT"- as if I didn't hate it enough already, that's what definitely cemented my disliking for it.

Admittedly, whilst I do sort of respect it more as of late due its engineering and due to being one of the first machines to introduce Hardox to the sport, it's still not exactly what I'd call my favourite design.

2. Spikasaurus Quite possibly, the poster robot for the term "Lucky Smegger". Won the Northern Annihilator off the backs of everyone else via combination of sheer dumb luck, and running away- especially bad since it was the only genuinely crap robot there (everything else it competed in proved that.), and that it was to a quintet of great robots, including Chaos 2, Killerhurtz, Dominator 2, Stinger, and Suicidal Tendencies.

Now that wouldn't have been necessarily a bad thing if the team were as nice as the Chaos 2 or Pussycat teams, but no- they came off to me as a bunch of smug, overconfident prats, which angered me to no end. In fact, I remember being furious upon seeing the result- if anyone else can think of a less deserving robot to win a major competition (Well, barring Typhoon 2), then make my day.

3. Nasty Warrior It beat HypnoDisc by falling apart. What else is there to say? [Under construction]

If on the off-chance I do receive a badge or an award or something, I'll put it here.

Retrieved from "https://robotwars.fandom.com/wiki/User:GoldenFox93?oldid=162417"
Community content is available under CC-BY-SA unless otherwise noted.