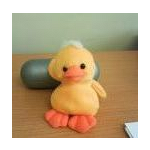 Hi guys! I'm hogwild94, or Jack as most know me. I am a semi-reclusive user on this Wiki. Welcome to my page!

This is not a definitive list of all my favourites; more, of the robots I mainly like.

Robots I'm not so keen onEdit

Again, this is not a definitive list; just the ones most worthy of mention. I don't hate these robots, I'm just not a big fan of them. But I don't object to them at all.

Retrieved from "https://robotwars.fandom.com/wiki/User:Hogwild94?oldid=232491"
Community content is available under CC-BY-SA unless otherwise noted.