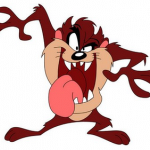 Just your average Robot Wars fan. I am hoping to get into real robotics at some point and start working on antweight robots. My dream is to one day own a robot that appeared on the TV show (any robot will do). I own the back frame of Eric, which I purchased in June 2020.

My History with Robot WarsEdit

I don't remember how I started watching Robot Wars, what the first series I saw was or what the first battle I saw was, but what I do know is that I have loved it for almost the entirety of my life. I played Robot Wars with anything I could while in primary school, be it Lego, Knex, Brio and even pencil sharpeners! I had all the toys and taped as many episodes as I could on VHS cassettes.

My work on the WikiEdit

I first joined the wiki in 2014, but didn't really do much of interest. I was only 14 at the time and I had no idea how a wiki worked, so I just went in with the mindset of "this'll be fun to edit", which a lot of users didn't appreciate. I then left for a few years, only coming back around 2017-18 to do about 2-3 edits. Then in early 2020, after watching the entire run of the show over lockdown, it reinvigorated my love for the show (I've always loved the show, but have been on and off with it for years due to a lot happening in my personal life). I made it my mission to right my wrongdoings of the past and help grow the wiki as much as I could. My first major work on the wiki was helping Diotoir write a few articles on the 1996 competitors, I wrote the entire articles for Steel At Work, Tazz and Vlad the Impaler. Around this time, I started adding more pictures that would help the articles, as well as correcting a few grammatical mistakes.

My biggest claim to fame is finding out new information on robots by reaching out to roboteers. I've gotten into contact with many roboteers to try and get new information and in doing so, have found info about robots on complete opposite sides on the spectrum, from established well-known stars like Spawn Again and X-Terminator to the most obscure bots like Devastator and Mean Streak. I even found new info on Rampage, which was voted by the Wiki as the most forgettable robot in the history of the show! I'm also partly reponsible for busting the myth about the Series 7 All-Stars tournament, about which robots were supposedly invited but had to pull out due to damages, which is now confirmed to be false.

I have gotten an award for this work and now I have access to the Arena forums. I'm hoping to continue to build my reputation on the wiki as a well respected member, and I think it's safe to say, I have moved on from my mistakes of 2014 and are now doing so much better in 2020.

Retrieved from "https://robotwars.fandom.com/wiki/User:RobotManiac?oldid=349564"
Community content is available under CC-BY-SA unless otherwise noted.