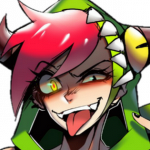 Hi there. I am Doot, originally known as DemonOfTomorrow during when I first joined to mid-2019. I'm the typical 20-year old of the wikia, with a massive adoration for robot combat around the world.

I also potentially have plans to start making my own 'bots soon, though when that'll happen is currently unknown. I'm hoping to try and get something working somewhere during 2020, though.

Rather shockingly, I've re-awoken from a weird on-off period and have returned to the Wiki to... do nothing of merit, really. Eh, at least I'm active on the Arena forums, so there's that.

Here is some of my other stuff. Feel free to take a look at it if you want to or something.

https://gametechmods.com/forums/dsl-tc-showcases/demonoftomorrow's-devastating-dsl-irl-showcase/ (RA2 'bots built from 2015 to the present and far future.)

Trophies, Badges and Various Other StuffEdit

Retrieved from "https://robotwars.fandom.com/wiki/User:TheyCallMeDoot?oldid=319824"
Community content is available under CC-BY-SA unless otherwise noted.