"Well, Chopper came out, I think with one plan in mind...Let's just get mullered! Let's get absolutely massacred, let's do our very, very worst!"
— Jonathan Pearce

Hello all, this is ToastUltimatum, resident Yorkshireman of the wiki. I'm one of the two active bureaucrats in the community.

Blogs written by other users which I contributed to

Despite me only joining the wiki in 2012, where it was founded in 2008 I've actually had somewhat of a connection with this site since its beginnings.

When Robot Wars Wiki was first being created, Christophee asked two fellow Robot Wars fans he knew on Wikipedia, CBFan and Izzy259, to help out with this task. CBFan got in there pretty quickly, but Izzy259 didn't. As you may have figured by now, Izzy259 was indeed me, at just 10 years of age. Contrary to belief, I was not a girl, my young age made me think Izzy was a shorthand for Isaac ¬_¬

But no matter. If asked why I never joined this place, I honestly have no idea at all. I now know that I ought to have, this site would have been a great learning opportunity, as well as one to help the wiki as much as a 10-year-old could, and it would kick-start me into full-on wiki editing, which I now enjoy committing to.

Eventually, I did join the site under the poor username of Torngentleman2, where I added a quote from S3's team captain as to why S3 didn't compete in Series 7, and made the Robot Wars: The Sixth Wars/Heat G article. After that, I disappeared once more.

In September 2012, I finally committed myself to Robot Wars Wiki, with the ToastUltimatum account. I was an admin by the end of the same year, and became a bureaucrat at the start of 2016 after all of the other active bureaucrats had retired - and it was a good job I did, because during my application, the BBC decided to announce a reboot of Robot Wars!

My current aims for how to contribute to the wiki. People are of course welcome to help, but these are the things I've personally put my focus on. I can think of other jobs that need doing, such as taking more images from Dutch and German Robot Wars, but I can't give myself too much to work on at once.

On YouTube, I go by the name of TaleOfTheToaster, where I make Let's Plays. If you don't know what one of those is, it's a playthrough of a video game while commentating over the top of it. While I mainly make Let's Plays of Inazuma Eleven games, an anime soccer RPG on Nintendo handheld consoles, I previously made Let's Plays of both Robot Wars: Metal Mayhem and Robot Wars: Advanced Destruction.

I have also made a stop-motion TV Ident using Robot Wars toys, which you can see here

Podcasts include episodes of NJGW's Robot Wars History Podcast that star myself, and my appearances on mystrsyko's Roasting Robots. 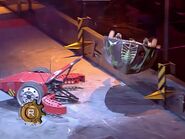 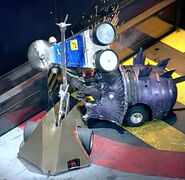 Behemoth vs The Steel Avenger

Dantomkia vs 13Black vs Wild Thing 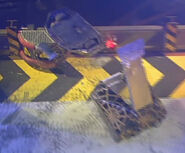 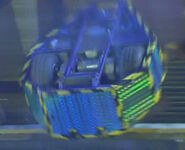 Dantomkia vs King B "Powerworks" vs Rick vs Hassocks Hog 2 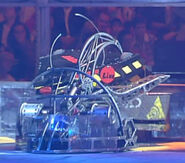 Storm II vs Tornado vs Ansgar 3 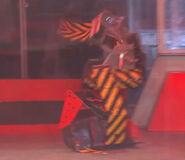 Administrators aren't eligible to earn badges, so I never really got the chance to earn any before I started awarding badges to other users myself! If I had been eligible to collect badges, I'd say some of my key rewrites included Rosie the Riveter, Tyranabot, Tsunami and Team MAD. One of my favourite random rewrites I did was Enderbot. Badges were never given out for reboot competitors, as that counted as creating new content rather than improving existing content, but I did write the basis for every reboot competitor article except Or Te, and the two machines I always made sure to write Battle Histories for after each episode were Eruption and Sabretooth, both of these articles being almost entirely my work.

NOTE: ToastUltimatum was to apply for Series 10's proposed Featherweight Championship with The Tragic Roundabout before the event was cancelled.