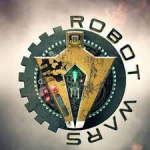 Welcome to our wiki, and thank you for your contribution to the User:Adster1005 page! There's a lot to do around here, so I hope you'll stay with us and make many more improvements.

It, not they Edit

We do have a rule of sorts on this wikia, in that we refer to robots as "it", not "they". I know this sort of goes against what they use on the show, but robots are singular. Can I ask you be a little more careful next time? CrashBash (talk) 19:08, August 15, 2016 (UTC)

The reason why the Judges gave the decision to Pulsar was because Ironside3 had been immobilised for more than 10 seconds before Pulsar was, when Ironside3 was thrown over by Pulsar's drum. Its self-righting mechanism failed to work and Sir Killalot shouldn't have been allowed to turn Ironside3 over again. I wanted Ironside3 to win, but they did lose that battle fair and square; the Judges should have ended it before Killalot interacted with Ironside3 though. Raz3r(talk) 16:03, August 27, 2016 (UTC)

If cease was called as soon as Ironside3 was immobilised then I would have no issue with it. I agree. Adster1005 (talk)

I see you're looking for stuff to do, can you please make a category called Category:Robots who made the top four in a World Championship and top eight in the domestic championship and add Behemoth, Manta, Razer, Tornado, 101 and Storm 2? That's seven free edits I can offer you. GutripperSpeak 23:48, October 3, 2016 (UTC)

I've got a task for you which would certainly push your edit count over 300, within a day in fact, and it's a fairly simple task. Now that we have confirmation of a 2017 series of the show, we need to update the Series Record found on every single competitor article. For now, as to not publicise secretive information, we'll assume that any and all robots will be not entering the 2017 series until proven otherwise. I want to see the Series Records look like one of the two ways:

Congrats man, you've passed the 300 Mainspace edits mark! Feel free to vote as you wish in the current Ragnabot 2 tournament. Many happy debates are ahead for you!. Jimlaad43(talk) 23:32, October 13, 2016 (UTC)

So, I was just looking for news about the air date and I stumbled across this: http://bit.ly/2gZZO5T

If you can't read it, the company are thinking aout making Robot Wars toys, with an arena coming out about this time next year!

What do you think?

Already been covered in the Merchandise talk page. Nevertheless, a very exciting announcement; will be expecting a lot of replicas of the rebooted series competitors out of this. I hope Hexbug will finally bring the Behemoth toy(s) that eluded us in the original run, too. VulcansHowl 14:55, September 17, 2017 (UTC)

Hey mate. I be noticed you vote on some of the battles, but there are 8 in total and you've missed a few. I'll be updating the list later today, so you have a few hours if you want to vote in the last few battles of the first batch. Jimlaad43(talk) 09:15, July 8, 2019 (UTC)

Looks good at the moment, it does need a LOT more detail especially in the "History" section, maybe detailing the concept (brought in because of a complaint that the pit was used too much and the House Robots were used too little), the way it was used and perhaps even controversy (see Matilda hitting Thor in Series 10) as a few ideas.Diotoir the son of nemesis (talk) 16:09, April 15, 2020 (UTC)

Retrieved from "https://robotwars.fandom.com/wiki/User_talk:Adster1005?oldid=347438"
Community content is available under CC-BY-SA unless otherwise noted.