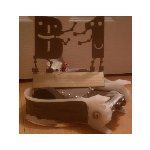 Welcome to our wiki, and thank you for your contribution to the Ming page! There's a lot to do around here, so I hope you'll stay with us and make many more improvements.

Please sign in, if you haven't already, and create a user name! It's free, and it'll help you keep track of all your edits.

No, go on with what you were doing. I'm glad that those three articles were made, they were excellent. Keep going, and I'll cleanup after you. Pleased to have you over here. Meanwhile, make sure you sign comments with four tildes (~) after anything you say. Its your signature. Toon Ganondorf (t c) 03:35, October 3, 2009 (UTC)

I'm also happy to expand any stub articles you create. Users shouldn't be discouraged from contributing relevant information so feel free to keep contributing whatever you can and the other users will help you to fill in the gaps. The information you contributed was good, so please keep it up. Christophee (talk) 07:32, October 3, 2009 (UTC)

Thanks for writing up the article - continuing to do so will be fantastic. However, the results in the Season 2 annihilator has been unclear to us, as we've had two different versions of who came where. Can you please tell me? Toon Ganondorf (t c) 08:34, October 6, 2009 (UTC)

Hi Headbanger. I've always really appreciated your contribution to American pages, so I'm presenting you with this Pinball Warrior Award, which will hopefully act as an incentive to keep going with what you are doing. Great work. Toon Ganondorf (t c) 22:33, December 6, 2009 (UTC)

I saw you found a picture from the Extreme Warriors Season 2 Robot Rebellion. Does this mean you've found someone on Youtube who's uploaded the battles? RA2; aka Resetti's Replicas. (My Talk) 05:07, March 19, 2010 (UTC)

Just curious, did the Tag Team Terror air recently and did you find away to record it? I was always curious about the details, and it's interesting to see that what I called the 'curse' between Bigger Brother and the judges was false. TheStigisaRobot 01:04, November 16, 2010 (UTC)

Hey there. As you might be aware, we've restarted thea arena forum and now we are restarting Wiki Wars 2 for the wiki's fourth anniversery celebrations. Anyone with over 150 mainspace and file edits can enter. If you'd like to join us, please visit Forum:Robot Arena 2 - Robot Wars Wiki (Series 2) and let us know which robot you'd like. Matt(Talk) 06:47, September 24, 2011 (UTC)

If you want any series of robot wars, look at my user page.Madlooney6 (talk)

Nice finds on those Extreme Warriors pics. Can I ask where you found them? Best. RA2; aka Resetti's Replicas. (My Talk) 00:16, June 13, 2012 (UTC) http://teachers.sduhsd.k12.ca.us/dgstudentinfo/Student_sites/Robot%20Wars/house_bot_rebel.htm - Headbanger14

In order to vote on the arena forums, you need to have 500 edits in the main space and files, or you must gain special permission from a bureaucrat. There is a current way to build up your edit count, however, if you go around heat articles and replace the old statistics tables with the new kind (an example of the new kind can be found on Heat A). Finally, if you do gain eligibility, you must sign each comment with four tildes (~~~~), and begin them with a hashtag (#), not just typing the number. Sorry about that. ToastUltimatum 11:00, October 14, 2012 (UTC)

By the way, your current main/file space edit count is 362, so you're 138 away from the quota. If you show a willingness to contribute to the wiki before then, you may be given special permission. Christophee (talk) 13:23, October 14, 2012 (UTC)

I imagine you must have noticed the special permission RA2 gave you a while back, as I've noticed you contributing to the Arena forums. Just to let you know, you are now on 499 main/file space edits, so I removed you from the special permissions list as you are as good as there now, and I was adding someone else to the list, so I thought I'd do both at once. Feel free to keep contributing as you were before. Christophee (talk) 12:52, March 11, 2013 (UTC)

Really well done on the American page, may I ask what your source is? If you have any videos of Extreme Warriors, you'd be doing everyone a great service if you were to upload them to Youtube. Matt

Hello there Headbanger. I was wondering if I could ask you, out of curiousity, what your top 10 favourite Robot Wars battles of all time were? CrashBash (talk) 15:49, February 2, 2013 (UTC)

I've watched all 6 episodes of the Nickelodeon series and I know. I can even name the battles of episodes 3, 4 and 5.

Do you have the stats for Brawler? Your Youtube video of its first round battle doesn't seem to have the intro. ManUCrazy (talk) 18:28, August 7, 2013 (UTC)

Hey, I am compiling a list of the wiki's favourite and least favourite robots and would like as many users to submit their opinions as possible. Here is the link. Jimlaad43(talk) 20:48, November 12, 2013 (UTC)

There's a reason we have referred to Cyclone as Cyclone 2. I have an issue of the Robot Wars Magazine where the team captain consistently referred to the robot as Cyclone 2 whenever he mentioned it. It's not always necessary to use the 2 in writing, but your edits have practically wiped the name off the wiki. ToastUltimatum 21:31, November 20, 2013 (UTC)

Just to let you know that the Series 10 Sweepstake will be starting soon, now that we are getting closer to the first airings of the new series. Considering that you took part in the previous sweepstake, would you be interested in signing up for this one? VulcansHowl 20:06, October 3, 2017 (UTC)

A while ago you uploaded images of Spike and The Mauler from the MTV pilot and was wondering if you remember where you got them from and potentially the website link for them. Thanks. Diotoir the son of nemesis (talk) 14:51, March 3, 2019 (UTC)

Retrieved from "https://robotwars.fandom.com/wiki/User_talk:Headbanger14?oldid=292092"
Community content is available under CC-BY-SA unless otherwise noted.