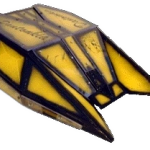 I was the last Ragnabot host yes, but I don't want people to think I am the only one who can host a Ragnabot 3. Yes, I 100% want to be that host, but if others wanted to take it over, I'm not against people asking. Anyway, to answer your question, it's not really about the timing on the wiki, it's more about my timing. I think we're nearly ready for it, but I have nearly finished University and will need to get a job. Once I'm sure what's going on and know what time I will have available to host a tournament as large as Ragnabot 3, I'll be able to say whether it's time to run the next tournament. Jimlaad43(talk) 11:20, September 16, 2018 (UTC)

Thanks again for taking on this challenge, it really does benefit the wiki and there will no doubt be an award waiting at the end of the process. I do have a tip for you to bear in mind on future write-ups though.

I think that occasionally the write-ups miss key details because you feel they're too obvious, but I think they are usually worth mentioning. For example in the Heat D write-up, you only mentioned the fact that Razer broke down against Inquisitor, and not the fact that Inquisitor had won the battle. In the following write-up of Behemoth vs Elvis, the final sentence talks about Elvis being put on the flame pit, but how exactly did the fight end? Was this the House Robots punishing an immobile robot, or did this go to a Judges' decision? Genuinely I don't even know the answer myself in the latter case, so you can't really expect the readers to piece it together by default.

Fair enough. I'm just trying to not say "Inquisitor therefore won" and then following it up with "Winner: Inquisitor". It's the same reason I never actually write the result of a gauntlet run in each section, we don't necessarily need that to appear in the text and the results. Jimlaad43(talk) 16:36, November 21, 2018 (UTC)

I noticed you wanted some other Heats from Heat G onwards. Well seeing as I have this second half (except Heat G or H which i don't think ether of us have) I can supply you with some of the goods. I have uploaded Heat I and The Grudge Matches: https://www.youtube.com/watch?v=AwPXxctejY0& and https://www.youtube.com/watch?v=CIX-Co1NRs0 Diotoir the son of nemesis (talk) 15:08, November 21, 2018 (UTC)

Great job on the photo edits (unfortunately the software I use is STILL unavailable) They're great. However, I must point out two things. One the background isn't transparent (although that's an easy fix so no need to worry) and secondly the Hippobotimus picture, you've seemed to have edited out it's "crack"/"scar" on the to of the lid on the right side of its head. A side from that good work!Diotoir the son of nemesis (talk) 06:57, January 17, 2019 (UTC)

I also think you did a great job! I'm not sure how the crack in the shell disappeared with your edit, and I can always delete the background myself if you don't know how to / cannot do so (I would also centralise the robot a bit more while doing so), but the crop is a much smoother cut, so a big improvement I feel! The Ruf Ruf Dougal one is perfect, as I'd expect from its #1 fan. TOAST 09:33, January 17, 2019 (UTC)

Cheers for your crop of Banshee, it looks good. There is still a blue outline, but I imagine it would be a nightmare to remove.

Could I ask you to flip the image horizontally? You may notice that Banshee's fringe is pointing in a different direction to the official image of the robot and arena screenshot. It might help to crop out some of the empty space too. TOAST 11:55, January 24, 2019 (UTC)

Loving the progress mate! If you could rotate Kronic the Wedgehog to a more natural angle, I think we can start using that one in the infobox. TOAST 12:06, January 24, 2019 (UTC)

Also done. Are there any other requests for Maverick, Plunderbird, Morgue and TR2 before I get them done, or just cut out as the rest have been? Jimlaad43(talk) 12:10, January 24, 2019 (UTC)

I don't think so, they're good for angles etc. Might be worth adding Vercingetorix to your list too, and we do also have a magazine pic of Iron-Awe, but not strictly necessary. TOAST 12:13, January 24, 2019 (UTC)

Fantastic! I was worried the back end of TR2 might have been too hard to distinguish from the background, but you nailed it. Actually, it gives me an idea relating to your favourite robot... TOAST 12:37, January 24, 2019 (UTC)

Indeed, great job, glad everyone's FINALLY seeing the benefits of PNG ;) Is there anyway for you to somehow edit the Hole on Vercingetorix or even the cartoon arm on Pitbull? Also It could be possible (@Toast as well) to PNG the Series 2,3,4,5,6 official images so that they can backgroundless.Diotoir the son of nemesis (talk) 12:58, January 24, 2019 (UTC)

On an identical note to Adster, I will be away for three days, starting today, and I will not have internet connection, thus meaning it likely I'll miss the heat final. I can't even confidently post predictions as Steg 2 vs Typhoon is so close and could go either way....but I'll be back on Tuesday, with luck in time to catch the next heat. CrashBash (talk) 05:03, September 15, 2019 (UTC)

Usually I suggest striking your original vote (including the hash symbol) and just writing the new one. Jimlaad43(talk) 22:11, September 28, 2019 (UTC)

With regards to your recent comment about my voting patterns in Ragnabot 3, I would like to assure you that I am not trying to manipulate votes as you implied in the Heat V thread. I simply haven't had as much time to vote in every single battle as I have done in previous tournaments. Hope that this clarifies things a bit. VulcansHowl 10:15, December 6, 2019 (UTC)

I'm OK with voting occasionally, but I would prefer it if when people make the vote, they do try to do most of the votes in the current round, rather than just one or two. Dato is a good example, because he doesn't vote often, but when he does, he usually does most of the battles. That's all I ask, try to vote in everything, even if it's an "agree with this side" vote or a one-liner. It takes only a couple more minutes. Jimlaad43(talk) 10:24, December 6, 2019 (UTC)

There are two reasons why I have not been voting as frequently as usual. Firstly, 99% of the reduced time I now spend on the wiki is on my phone, which is an incredibly laborious process to scroll through on Edit Mode compared to my laptop, which I specifically use for university work and placement hunting. It adds a significant amount of time to my voting process, hence I tend to only vote on close fights that actually require my input. I’d rather not go through this and add an extra 10-15 minutes to vote on 5 or 6 fights that are near unanimous and decided already if I agree with the consensus. Secondly, I simply haven’t found Ragnabot 3 anywhere near as engaging to me as Ragnabot 2, with the exception of Heat I. I don’t know if it’s the increased number of heats, the huge volume of unanimous fights or simply because I’m a lot busier than I was when Ragnabot 2 was going on, but that’s just how it is. Raz3r(talk) 11:17, December 6, 2019 (UTC)

From an neutral perspective, I really do not see why this has become an issue all of a sudden. This has been going on for years! And in fact, I would argue that one-off votes are actually super beneficial on the Arena Forums. Case in point, S3 vs Tiberius 3 or Tornado vs Behemoth in Audited Series 6, both of which became far more exciting than they would have been had just the regulars voted. Also, I really do not see the point in being forced to vote on blowoffs like Wheely Big Cheese vs Hydrotec, extra votes are meaningless if they merely strengthen consensus even further. As for vote manipulating, again, I really don't see it. Toast, TG and NJGW have admitted many times that their opinions generally match, which explains why there was often consensus during their discussion for worst names, most forgettable robots, etc. Henceforth, it is no wonder their votes generally compliment each other. Heck, even though I have never met either user personally, there was once a time where me, VulcansHowl and Raz3r agreed a heck of a lot on battles (probably just a coincidence, but still), and no one had a problem with it.

Also, what about these examples of vote manipulating, such as when Diotoir once claimed he would never vote for Behemoth, Spawn Again or Warhog, or when Jimlaad initially voted for Reactor 2 over Mechaniac simply because he could judge the former more effectively? Really, I feel these examples are more serious than one-off voters helping to make a matchup more exciting. Also, I totally understand VulcansHowl's position, since I myself am exceptionally busy with university work, which is why I generally am voting later than most others. Personally, I see nothing wrong with what transpired during The Kegs vs Double Trouble or Push to Exit vs Barbaric Response. SpaceManiac888 (Talk) 11:19, December 6, 2019 (UTC)

I’m glad this has been quite civil. As far as I go, I will vote on fights that interest me and that will be as many or as few as I damn well please. I have earned that right and I will not apologise for it. This Wiki is as big as it is because of me and there would be no Arena Forum if I hadn’t created it. That is my first and last word on the subject. Toon Ganondorf (t c) 12:12, December 6, 2019 (UTC)

Fine, but could you please try to write more in your responses if you're only voting in battles "that interest" you. I won't tolerate votes that just say you agree with specific people. Jimlaad43(talk) 12:41, December 6, 2019 (UTC)

Hey Jim, Doot left a comment on Heat W to say that his personal list had 33 robots left on it, when there are of course only 32 available spaces. I checked this with my own list, and I ended up with 33 robots too. If you go onto User blog:ToastUltimatum/Ragnabot Series Record and click on the Ragnabot 3 column to rearrange the robots, you can then scroll down to the block where there's 33 robots with TBD in that section. Could you check these 33 robots against your own to see who's missing?

I'll note that my list has the original middleweight Doom on there (and Gravedigger S3) which may be the culprit, and it's also reasonable that I've just missed someone who has already been in the tournament and not logged their progress, but let's put our heads together and see if we missed anyone. TOAST 17:25, December 9, 2019 (UTC)

Well, if it were up to me, I'd say that the original Doom probably isn't needed (but Gravedigger S3 should be as I believe it already had a qualifier), but that's just me. CrashBash (talk) 17:36, December 9, 2019 (UTC)

Retrieved from "https://robotwars.fandom.com/wiki/User_talk:Jimlaad43?oldid=328794"
Community content is available under CC-BY-SA unless otherwise noted.