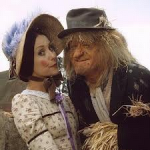 Not sure what Mattt said when he typed "Use the template hyperlink as well", {{Robots in Extreme Destruction (GBA)}} is all you have to put, no raw code at all. I've left this task to BizarroKing to fix, in case he wants to bump up his edit count, but bear that in mind. ToastUltimatum 13:41, July 25, 2012 (UTC)

I meant 'instead', sorry my brain's a bit fried today. Matt

Hi Sam, Yes I am Simon from Team Cookie Monsters. I edited the Chompalot page earlier, but it has reverted, I've tried refreshing browser and purging but it's still the same. Cheers Simon --Chompalot 19:39, December 15, 2012 (UTC)

As you are a regular user of the wiki, I wish to inform you that the 2012 Winter edition of the Trivia Quiz to be held on chat will be on the 29th December at 3pm (British Time). Sorry for not giving you that much notice, but I've been busy with other commitments lately. If you need to refamiliarise yourself with the Quiz, just visit my blog here. Please contact me on my talk page to say if you can make it or not. Thanks and I hope you can make it. Datovidny (talk) 17:12, December 16, 2012 (UTC)

Hello there. With the anniversary of the Wikia not far away, I'm looking to see what the Wikia's all time favourite battle is for a new list. May I ask you what your top ten favourite battles in Robot Wars were? Thank you. CrashBash (talk) 10:21, January 1, 2013 (UTC)

Laurie Calvert got back to me, and said he's unable to help as the name of Sugar Plum Fairy doesn't ring any bells for him and that places like the FRA Forums are the best bet for information. Mind if I move the discussion to talk pages? MassiveDestruction49 23:06, February 2, 2013 (UTC)

Awesome, what about other roboteers that entered robots into Techno Games? Trevor Wright, Gary Cairns and other roboteers are on Facebook, they might know something. Sam (BAZINGA) 00:09, February 3, 2013 (UTC)

John Willoughby got back to me saying that Skabs owner was called Dave Robinson, and gave me an e-mail address. It's 10 years old so there is a slim chance of contacting him, but i'll give it a shot. MassiveDestruction49 18:54, February 3, 2013 (UTC)

Hotmail has told me that the message has been delayed, so I don't know if that means if the servers are having a problem at the moment, or I'm sending to a defunct address. Hopefully will find out soon. MassiveDestruction49 19:33, February 4, 2013 (UTC)

If it turns out that the e-mail address is dead, oh c***. If the servers are having a problem sending the message, the e-mail address might still work and the Techno Games wiki (and maybe this wiki) gets some valueable information from the roboteer. Sam (BAZINGA) 19:52, February 4, 2013 (UTC)

Bad news I'm afraid. Hotmail said the e-mail failed because it couldn't connect to the destination server, so I'm guessing that it no longer works. All we have right now is that Skab and Sugar Plum Fairy are very, very likely the same robot- every detail of the bodies of both machines is identical right up to a small curve underneath the flat end (that can be seen in the picture of Chaos 2 flipping Skab and if you look closely at SPF during it's Assault against Typhoon Rover), and Skab minus the spike and with some paint equals Sugar Plum Fairy. However it's like the probability that the Series 6 A-Kill is the same middleweight from Series 3 just with a load of weapons piled on- no absolute confirmation from the creator. I do remember one thing about Sugar Plum Fairy from watching Techno-Games 10 years ago though- it was going to be painted pink but the team ordered the wrong paint and it ended up purple instead, so you could use it reaching the semi-final as the basis of a Techno Games article, with the paint and possibility that it was Skab as trivia. MassiveDestruction49 23:46 February 5, 2013 (UTC)

Nice article, thought I'd give it a little tweak or two, thanks about the rivalry section for Team Juggerbot by the way. MassiveDestruction49 23:53, February 7, 2013 (UTC)

Hey Sammy. Do you happen to remember where you got this image of Hannibal? I'm trying to find out everything I can about the original team and I'm hoping that might help me. Christophee (talk) 14:07, April 19, 2013 (UTC)

Thanks. I actually linked to the second page of that discussion on Talk:Hannibal (UK), but didn't look at the first page. I assume that is the discussion you linked to in the first message on that talk page, but the url changed so the link doesn't work any more. Christophee (talk) 11:52, April 20, 2013 (UTC)

Are you sure this is King B fighting Merlin, because it doesn't look like King B head on. What source did you use to acquire this photo? Datovidny (talk) 10:58, June 23, 2013 (UTC)

Hi Sam. Could you please consult the 'front page' discussion on the community portal and confirm whether you are still interested in taking over responsibility for updating the main page? Thank you. Christophee (talk) 15:36, September 8, 2013 (UTC)

Now that you are in charge of the main page, I think it would be quite good if you had a userbox on your userpage which displays that fact, rather like the Arena judges have. Of course, it's entirely up to you whether you want such a thing, it was just a suggestion. By the way, the 'Did you know' template has been unprotected, so you can edit it now. Christophee (talk) 00:13, September 11, 2013 (UTC)

Ah yes, so you have.I think it might look better on the right, but you'd probably have to create a new template from scratch for that. I'm not good at this stuff, as I said before. If you're happy with it, then that's all that matters. Christophee (talk) 14:03, September 11, 2013 (UTC)

Nice job with the main page, and particularly good choice for the clip. Incase you weren't aware, there are several suggestions for featured content on the Robot Wars Wiki - Main Page/Featured Content page if you get stuck in the future. Datovidny (talk) 17:56, September 11, 2013 (UTC)

Thanks, I'm glad I've done a good job. I picked a video of the featured article and I will do for the rest of the planned future articles I've listed in my blog. For Gyrobot, I will have one of its qualifiers as the featured video, the featured episodes will have one fight from the episode (not off BBCRobotWarsUK though as YouTube blocked the first video of the Annihilator I uploaded) and competitors will have a fight featuring them. Sam (BAZINGA) 18:47, September 11, 2013 (UTC)

Thanks Chris. Some of them, like Formula 1.1 and Warrior Mouse, don't take more than 5 minutes to make, rebuild or modify. Others, like Legoredo and Thumper, take more than 5 minutes as I can't decide what parts to use or if they still work as good before being modified. I do use them for battling, either against each other or the whatever pullbacks I'm using as house robots. Sam (BAZINGA) 13:30, October 11, 2013 (UTC)

There seems to be some dissent about the Android Love fact on the main page. As we are trying to remove it and mention it as a rumour, could you replace it with a new fact. Jimlaad43(talk) 12:59, October 12, 2013 (UTC)

Hey Sammy, I saw that you've put a fan video as the featured video on our front page. Is that going to be a recurring thing, and if so, can I get one up there occasionally? RA2; aka Resetti's Replicas. (My Talk) 17:48, November 5, 2013 (UTC)

If the featured article is a video game robot page or the poll has four robots that feature in one of your videos, I'll use your videos as they are pretty awesome. Sam (BAZINGA) 17:55, November 5, 2013 (UTC)

I suggested that one as it was one of the few videos to actually contain Terrorhurtz in Arenas of Destruction. I'm sure I read somewhere that the video was made by a RWW user. Jimlaad43(talk) 18:04, November 5, 2013 (UTC)

Hey, I am compiling a list of the wiki's favourite and least favourite robots and would like as many users to submit their opinions as possible. Here is the link. Jimlaad43(talk) 08:13, November 11, 2013 (UTC)

No sure where else to put this so I'll leave it here. I've noticed on other wikis that when they have a featured article on the main page they'll often put the subject (such as Robot Wars: Extreme Destruction) in bold type and sometimes make it into a link. Just an idea. --StalwartUK 11:12, April 30, 2014 (UTC)

Where did you find that image? Was it on a Facebook page or something? If we find out anything more, we might be able to put in the articles who owns each of the robots there. Datovidny (talk) 12:48, May 4, 2014 (UTC)

Tony Booth of Team Dragon took it when he went to ComicCon in Wales. The black robot and the silver one next to it are owned by Tony. The Mule's owner is unknown. Team Xbotz/Wrexham Wreckers own Edge Hog and Wheely Big Cheese. The owner of the Stag is also unknown but I'll ask Tony now. Sam (BAZINGA) 13:01, May 4, 2014 (UTC)

I saw you added to the new page I made that Venom was from Wales. Can you give the source for that? It's not that I don't believe you, but I would like to find out more about Venom if possible. Thank you. Drop Zone mk2 (talk) 20:44, September 15, 2014 (UTC)

Removed it now, I thought that the link with the qualifier summary was the Venom website but it is The Morgue team's website. Sam (BAZINGA) 20:54, September 15, 2014 (UTC)

Aye, nominate them there RobotManiac, I'll check whether something like it has been done before and if it hasn't, I'll use the poll next time I update the main page. Sam (BAZINGA) 20:26, March 21, 2015 (UTC)

I am British Mate.

I know this may sound daft but how do you create a page that isn't a blog but it belongs to you and other people can edit (E.g. DoT's "list 'n' moar stuph" or your "sandbox"). (Not talking about the forums)

To create a page that belongs to you, you simply call it "User:Diotoir the son of nemesis/whatever you want to call the page", hope that helps. Sam (BAZINGA) 17:46, October 5, 2015 (UTC)

Thank you I was just worried because I have a few ideas that I had and I didn't want to accidentally add a page to the wiki. Diotoir the son of nemesis (talk) 14:28, October 6, 2015 (UTC)

I saw the image of Dreadnaut you uploaded today. Great to see a picture of it, to show it is still around. However, there is one thing I am somewhat confused about. You posted that picture was from 2015, but the text on the picture says that it is from 2013. Now, I don't know where you got the picture from, and for all I know you took the picture yourself, but I just want to be sure when it is from. It is possible that the picture was taken this year, but the date was wrong because of a the camera was set at the wrong date. Drop Zone mk2 (talk) 13:31, December 3, 2015 (UTC)

There's an ongoing RfA which doesn't have enough of a clear opinion for closure yet. Do you have anything to add? ToastUltimatum 15:11, December 14, 2015 (UTC)

Ayy, someone else that gets the reference (Then again, not exactly uncommon for a wiki around a show initially from the same time period...so)--{{SUBST:Nosubst|Signatures/LazarouDave}} 00:15, October 23, 2017 (UTC)

Warning regarding conduct in A Fantasy Audited War 3 Edit

Madlooney6, I have been unhappy with your conduct in A Fantasy Audited War 3. Therefore, as tournament host, I am giving you a warning, which caries over to the next tournament. The next host may not be forgiving as I am.

I also need to outline some reasons as to why I felt your conduct was unacceptable:

Therefore, I would like you to control yourself in future tournaments, as other hosts might find this behaviour to be worthy of a ban. And I, like probably every other participant, do not actually want you to be banned from the arena. 94.119.96.6 10:14, September 16, 2018 (UTC)

Retrieved from "https://robotwars.fandom.com/wiki/User_talk:Madlooney6?oldid=275216"
Community content is available under CC-BY-SA unless otherwise noted.